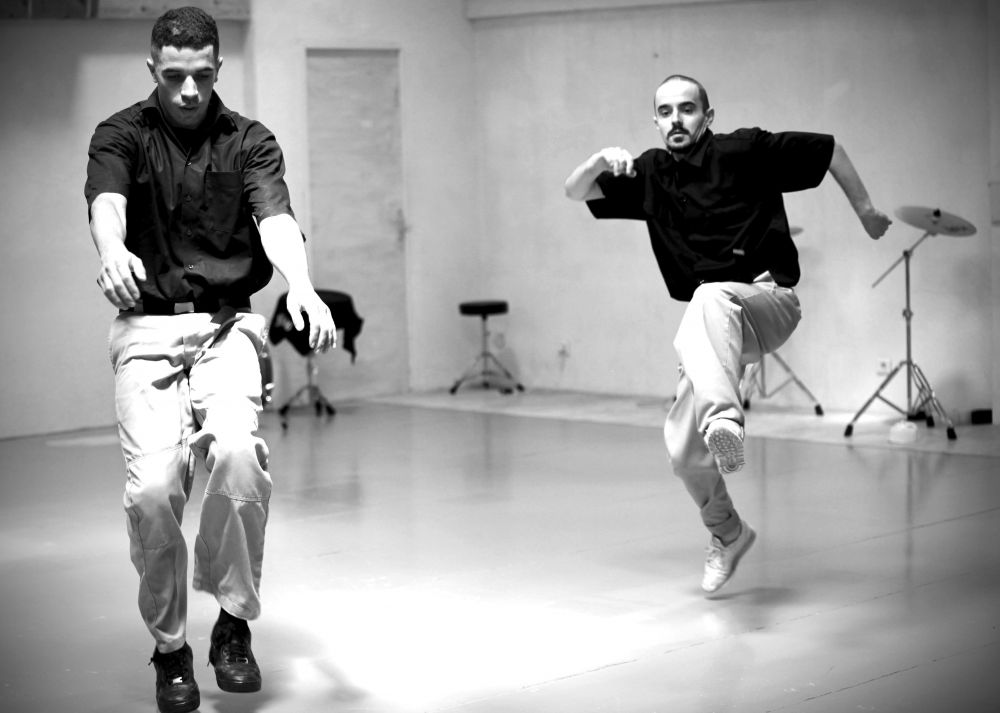 In his new piece, Hamdi Dridi along with three other men carries in his movements the memory of the women of their lives like a tribute, and weaves a choreography beyond the "battle" using contemporary, traditional and hip-hop dances. With live music including drums and sound recordings, they create a lively dance, full of the restrained tension that is Hamdi’s signature.

Hamdi Dridi started dancing hip-hop in Tunis. He continued his training in France with Maguy Marin at the Centre Choréographie National, at the Angers CNDC, then at the Master Exerce in Montpellier. Meanwhile he began to choreograph. In 2014/2015, he created his first piece, Tu Meur(s) De Terre, as a tribute to his father, a house painter. Then he began a trilogy that brings the gesture of the dance worker to the stage.

Death is an ongoing process, not a moment or instant. It makes space for the appearance of new existences and the decay of established forms: a magic realm. Lessons for cadavers is a choreography for three dancers. Searching for signs of self-extermination in themselves and in the world, they don't know if they are trying to resuscitate or fighting not to die. Words, dreams, and memories feed on the bodies of these host beings. How do things change when touched by death?

Michelle Moura is a Brazilian dancer and choreographer living in Berlin. In her minimal pieces she primarily explores are physical, affective, and neurological capacities of the body. She studied dance at CNDC in Angers and then in 2015 completed a master’s degree at Das Choreography in Amsterdam. She was a co-founder and member of Cauliflower Miniglobal Artistic Community.

HEALING TOGETHER is dedicated to the concept of protest and the desire for one’s own space in which the performers can abandon themselves and expose their vulnerable bodies. In this space, the bodies move through dance together to release the tensions accumulated over time and give impetus to postponed and held back revolutions. With an interweaving of voices, the bodies invite the audience to connect to each other, creating a joint protest that collects the present moods.

Daniele Ninarello is an Italian artist whose choreographic language focuses on the “living body” as a place of mediation. His works often consist of movement practices that unfold in a choreographic dimension, where bodies are oriented and kept alive by a collective consciousness. After attending the Rotterdam Dance Academy, he immediately began working with several international choreographers. 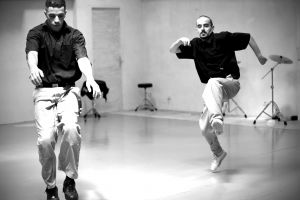 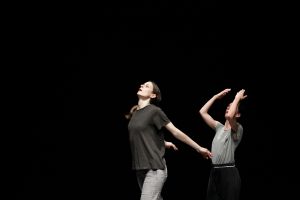 With the kind support of the Institut français and the French Ministry of Culture/DGCA and the state capital Potsdam. In cooperation with the festival Tanz im August.