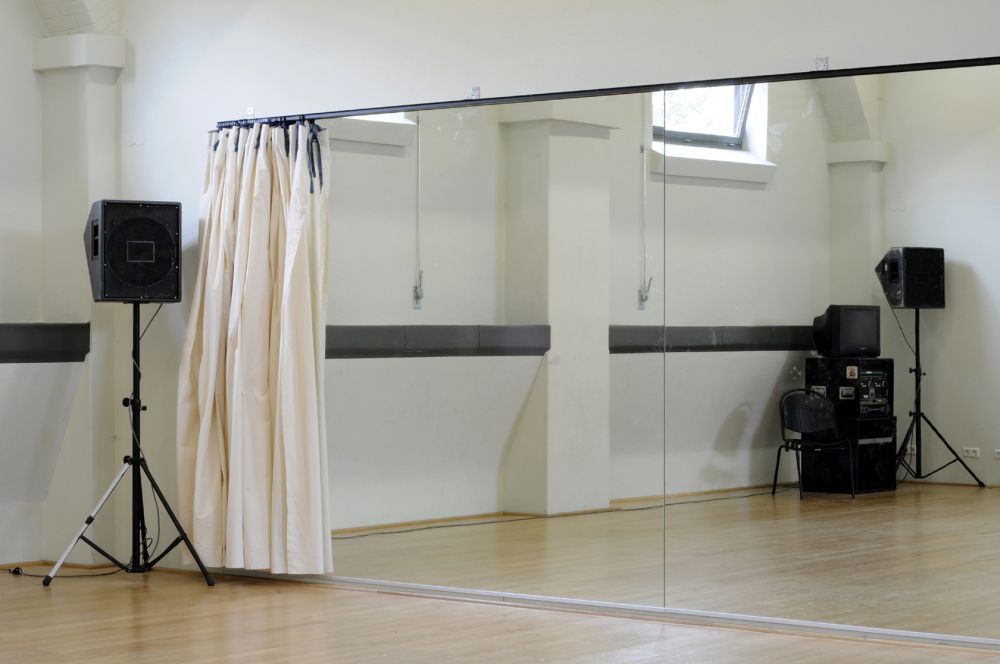 DiR – Dance in Residence Brandenburg is a supra-regional cooperation and network project of the fabrik moves Potsdam and the TanzWERKSTATT Cottbus in cooperation with the Brandenburg State Museum of Modern Art Cottbus, the Pro Potsdam, the Bürgerhaus am Schlaatz and the fabrik Potsdam.

As one of 51 projects nationwide, the project was selected for funding in the federal programme TANZPAKT RECONNECT within the framework of 'NEUSTART.KULTUR. Hilfsprogramm Tanz', the project was selected by a jury from 159 applications. The programme of the Federal Government Commissioner for Culture and the Media, Minister of State Prof. Monika Grütters serves to support dance under corona conditions and to strengthen and secure the future of dance structures.

With DiR – Dance in Residence Brandenburg, the network partners jointly pursue the goal of setting sustainable impulses for the safeguarding, qualification, resilience and further development of networked structures for contemporary dance in Brandenburg in various modules and formats. At the same time, the programme aims to improve the visibility and presence of dance as an art form in the region, in the participating municipalities, residential areas and neighbourhoods through new cultural partnerships and to open up new spaces for residents to actively participate in forms of contemporary art.

The central module of the project is artist residencies, which provide resources for artistic work in two formats. The artists are selected by a regional/international jury through two call for proposals.

The artists are invited to apply with research and rehearsal formats for public spaces and / or with works for museum or other non-theatre venues and to propose possible mediation formats such as workshops, dance trainings, presentation of interim results, lecture-demonstrations, lectures or participatory forms depending on the project.

The residencies are explicitly intended to create a space for participatory and different mediation formats and for the exchange of knowledge and experience between choreographers, dancers and the residents of the host venues.

In addition to presentations of work results, performances of already existing works are optionally possible. At least one presentation will take place in cooperation with the Brandenburg State Museum of Modern Art (BLMK) in the rooms of the museum.

By the end of the call for applications, the following had been received:

With this project, three new part-time positions (50%) for project support and for press and networking work can be created for a limited period until October 2021. This will also create a position at the TanzWERKSTATT Cottbus for the first time.

An additional room is rented under the roof of the TanzWERKSTATT Cottbus and equipped as a dance studio with 130 sqm including the necessary equipment, technology and media for streaming formats. On the one hand, the studio will serve as a working space for the residency formats and can be used by the local/regional dance scenes in the interim months. In addition, teaching formats of the TanzWERKSTATT can be broadcast or received by the fabrik and offered together on an online platform (since January).

Pro Potsdam supports the programme with a residence flat at Schlaatz for the entire duration of the project. The Bürgerhaus am Schlaatz is involved as a cooperation partner in supporting the resident artists and the respective work and mediation formats on site, both logistically and in terms of content-related advice and networking with target groups.

As an accompanying programme, DiR offers additional courses by resident artists and / or dance teachers from the local institutions as free further training opportunities for professional artists in and from Brandenburg.

Two information, networking and exchange labs with actors from the Brandenburg dance and cultural landscape and supra-regional experts on overarching topics are planned:

DiR - Dance in Residence Brandenburg is under the patronage of the Minister of Culture of the State of Brandenburg Manja Schüle and the Mayor of Cottbus Holger Kelch.

RACHEL ERDOS : too old for this sh** (ISRAEL)

DANIELE NINARELLO : Nobody nobody nobody, it’s OK not to be OK (ITALY)

DiR – Dance in Residence Brandenburg is a cooperation project of fabrik moves Potsdam and TanzWERKSTATT Cottbus. The program is created in cooperation with Pro Potsdam, Bürgerhaus am Schlaatz, fabrik Potsdam and the Brandenburg State Museum of Modern Art | Dieselkraftwerk Cottbus and is supported by DIEHL+RITTER/TANZPAKT RECONNECT, funded by the Federal Government Commissioner for Culture and the Media as part of the NEUSTART KULTUR initiative, the State of Brandenburg, the City of Potsdam and the City of Cottbus.