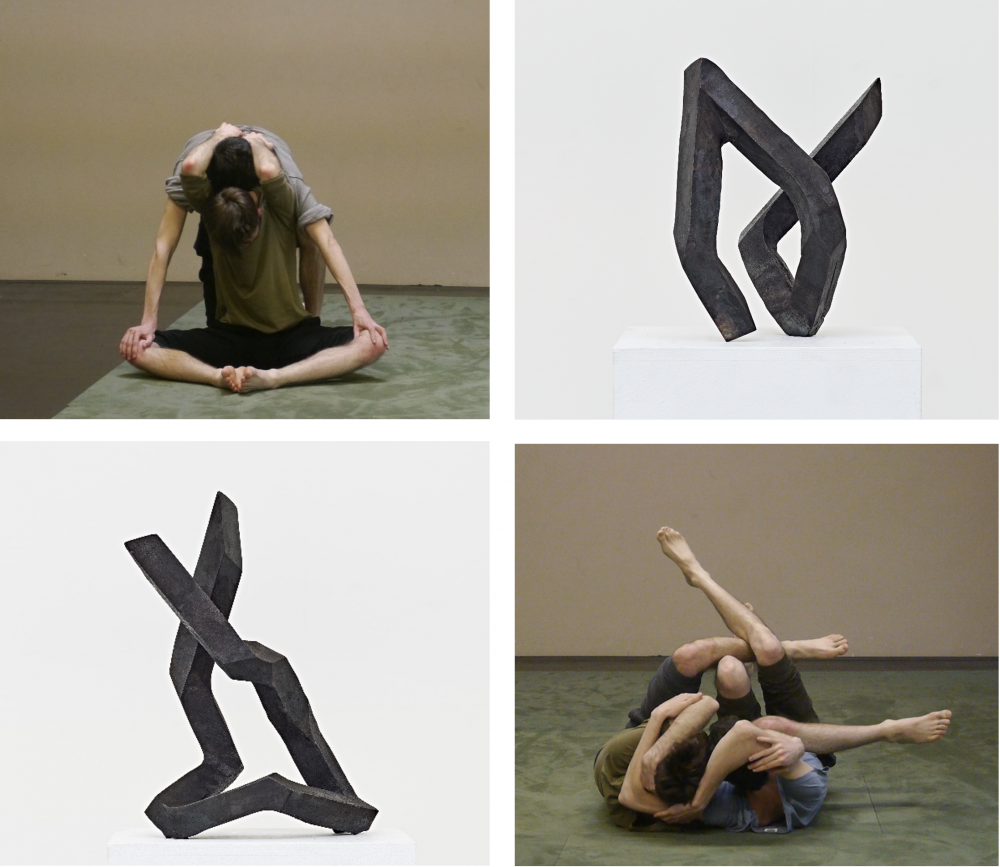 A common space emerges that unites self and strangeness, intimacy and care, colliding forces and sensuality.

MOUVEMENTS is an encounter between Robert Schad and Isabelle Schad, their works around and with sculpture and dance, presence and material, as well as the two performers Przemek Kaminski and Nir Vidan. Robert Schad's sculptures meet Isabelle Schad's Double Portrait. They seem to want to lift off the ground despite constructive rigidity in motion, despite physical heaviness. The physical movement of the dancer unfolds in contrast, dissolving the rigidity, reacting to impulses of movement in the sculptures, and passing them on to the space. In Double Portrait, the two dancers become extensions of each other. In changing interdependencies, a common space emerges that unites self and strangeness, intimacy and care, colliding forces and sensuality. Fragments of this work will now resonate with Robert Schad's sculptures for the first time, reshaping them and making them tangible in a durational installation. Robert Schad's sculptures and the dancers are united by the development of their expression through the play of their limbs in space. 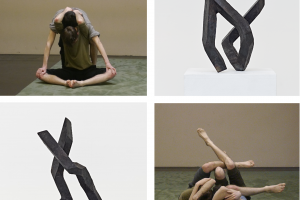 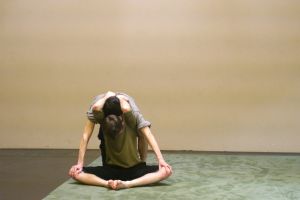 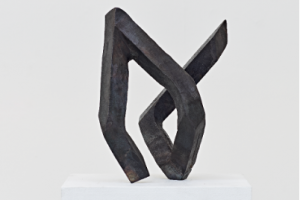 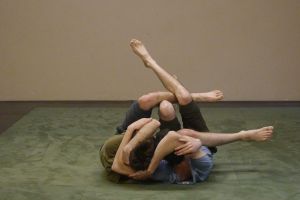 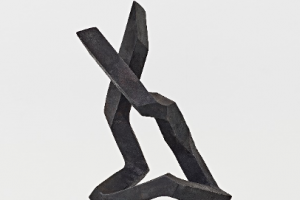 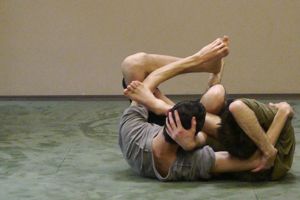 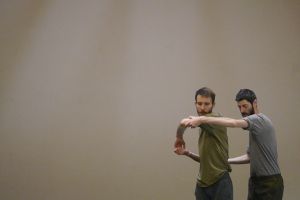