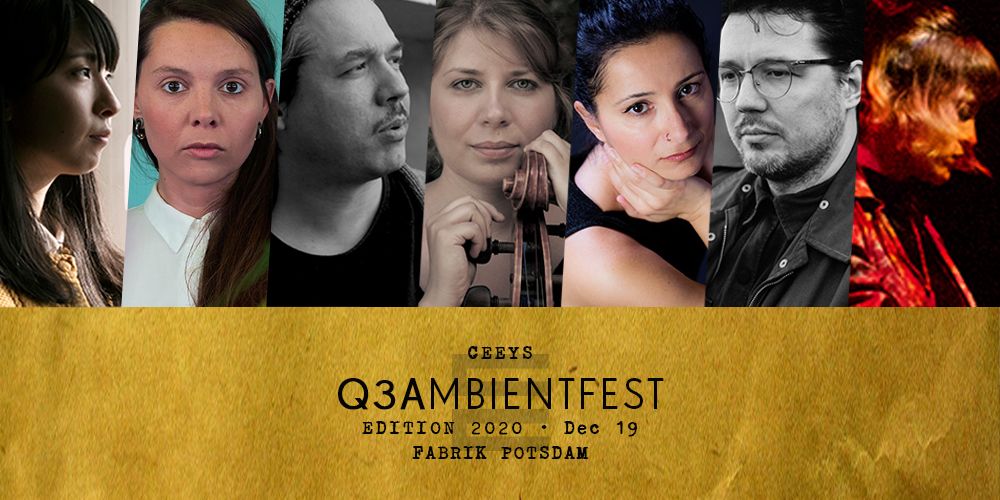 This event will be broadcasted as stream on the youtube canal of CEEYS.

Q3AMBIENTFEST is a happening for neoclassical and experimental music, featuring established and emerging artists from diverse genres and origins. The handpicked roster of talent for this year’s festival, founded and carefully curated by brothers Sebastian and Daniel Selke, the award-winning Potsdam-based cello-piano duo CEEYS, invites open-minded music lovers to discover today’s contemporary composers and performers. From avant-garde to pop, Q3A holds a mirror to the eclectic architecture of Potsdam, from neo-classical palaces to prefabricated “Plattenbauten” (panelhouses). These Communist-era buildings gave Q3A its name, which is an abbreviation for “Querwandbau” (cross-wall construction).

Despite the tense Covid-19 situation, the festival presents a special line-up. This is also worth mentioning because, in contrast to many festivals in the genre of neo-classical, ambient and experimental drone music, except the curators there are all female musicians this year:

In 2015 the Armenian pianist and composer Marie Awadis (AR) released her debut solo album "Echoes", followed by "Searching" two years later in 2017, which reflects a journey to her roots, her identity and her musical existence. Since 2018 she has been actively performing in Germany and Europe, collaborating with various artists for studio recordings and live performances. Recently she finished the recordings for her album, on the unique Klavin's M189 Concert Una Corda, which was written especially for this instrument.

Aimée Portioli (b. 1985), known as Grand River (NL/IT) is a Dutch-Italian composer and poly-instrumentalist producer based in Berlin. While mainly connected to the fields of electronic music and sound design, her compositions transcend these genres. Influenced by classical minimal music Grand River’s work integrates a large variety of sound structures and symphonic calculations in which she crafts absorbing experimental and ambient narrations combining traditional composition with contemporary sound research. Her first release Crescente, was released by Spazio Disponibile in 2017 and has been named as one of the best releases of the year by XLR8R. Her full-length debut album Pineapple followed in 2018. In September 2020 she released Blink A Few Times To Clear Your Eyes on Editions Mego. Since 2016, Aimée also runs the record label One Instrument.

Hoshiko Yamane (JP) is a classically trained violinist and member of the legendary band Tangerine Dream. She is also an accomplished composer, whether she releases and plays under her own name or as Tukico, her unique sound is characterized by looped strings along with moog synths and effects. Under Hoshiko Yamane she will release several solo albums on the Swedish label 1631 Recordings, and collaborates with Decca Publishing on film music, as well as with many musicians and dancers.

Last but not least, the brothers and curators of the Q3Ambientfest Sebastian and Daniel Selke aka CEEYS (DE) will also take the stage. The work of Sebastian and Daniel - Mary Anne Hobbs from the BBC characterizes it as "an extraordinary piece of music" - is characterized by contrasts and the desire to overcome musical boundaries. This is how the project CEEYS was born in the search for a common language in the East of Berlin. CEEYS are represented at 1631 Recordings, Oscarson and Neue Meister. Their anthology started with CONCRETE FIELDS and WÆNDE is available on record and CD. CONCRETE FIELDS is distributed worldwide in digital version by Decca Publishing and Deutsche Grammophon, WÆNDE and HIDDENSEE are published by Kick the Flame Publishing from Leipzig. 2017 saw the start of her Europe-wide WÆNDE tour, which in the end even took her along the west coast of the USA. The duo played at festivals like Fusion or Reeperbahn. After a joint record with the duo Constant Presence - Peter Broderick and Daniel O'Sullivan - the Selke brothers release their fifth album HAUSMUSIK in 2020 in the form of a double LP and CD.

Berlin-based multimedia artist Diane Barbé (FR) combines experimental music, field recordings, voice, radio and video to explore sound dreams and ambient stories. Fascinated by the diverse landscapes of the French countryside, she developed her photographic practice as meditation and contemplation of time and space. Working as a researcher in architectural history and urban planning, she recognized the need to explore sonic dimensions in order to understand and explore our environments. She was trained as a DJane by Felix Blume and performed under the name Diaphane for Ambient and Environmental.

As a special highlight all musicians will improvise together in a sextet at the end. 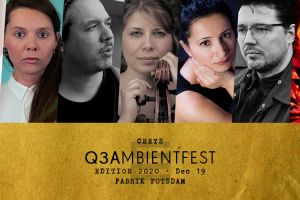 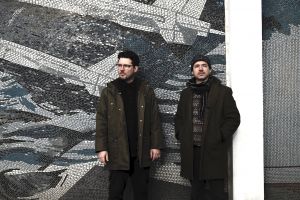 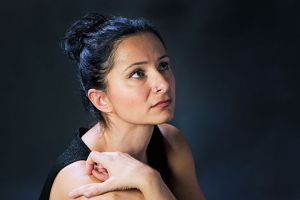 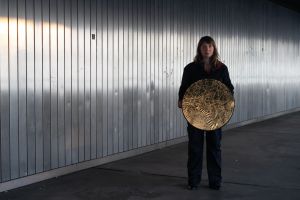 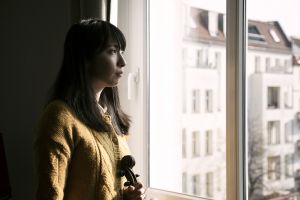 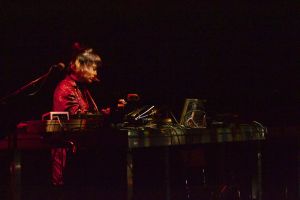