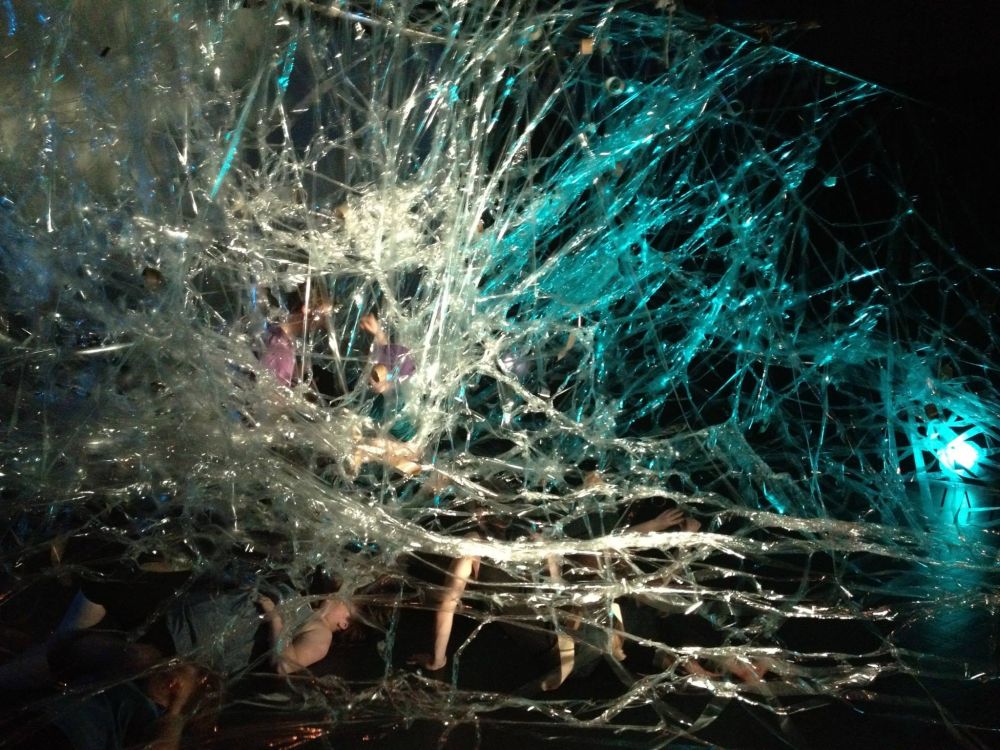 QUÉBEC STUDIO is a new residency program between Germany and Quebec, which enables the exchange of choreographers. Canadian and German artists are invited each year to spend a residence time of several weeks in the other country.

"It is the end … – I will proceed with the statement “what if dance is the only thing left in the world” from which we can rebuild. Will it be enough, will we find redemption or will we be driven to madness.

This will be a continued investigation based on 2 weeks of research with Marco Agostin (Italy) in Vancouver BC at the Dance Centre – through Triptych organized by Cirquit-Est – and continued in Fabrik Potsdam (Germany) with (Thea Patterson) in July 2013.

Point of departure – the end is here and dance is the only thing left and will save the world.

I am drawn to the present finality of “the end of the world”. In a time when everything is drawing to a close – environmental catastrophe, economic crisis … Really I am curious about how this affects how we interrelate – co-habit space and time … Is this any different from any other period in history or is everything more pertinent at this moment? What I mean to propose is that seeing as “the end is near” what if we “go for it” – and … what if we don’t…

I am interested in exploring a body that is engaged and prepared to move in any direction at a given time. I am looking to recognize pathways and tendencies, in other words, which way the body desires to move and why. With this, I am studying body movement and architecture in relationship to its environment, different tensions that are created according to angle, proximity and what part of the body is relating to its environmental architecture."